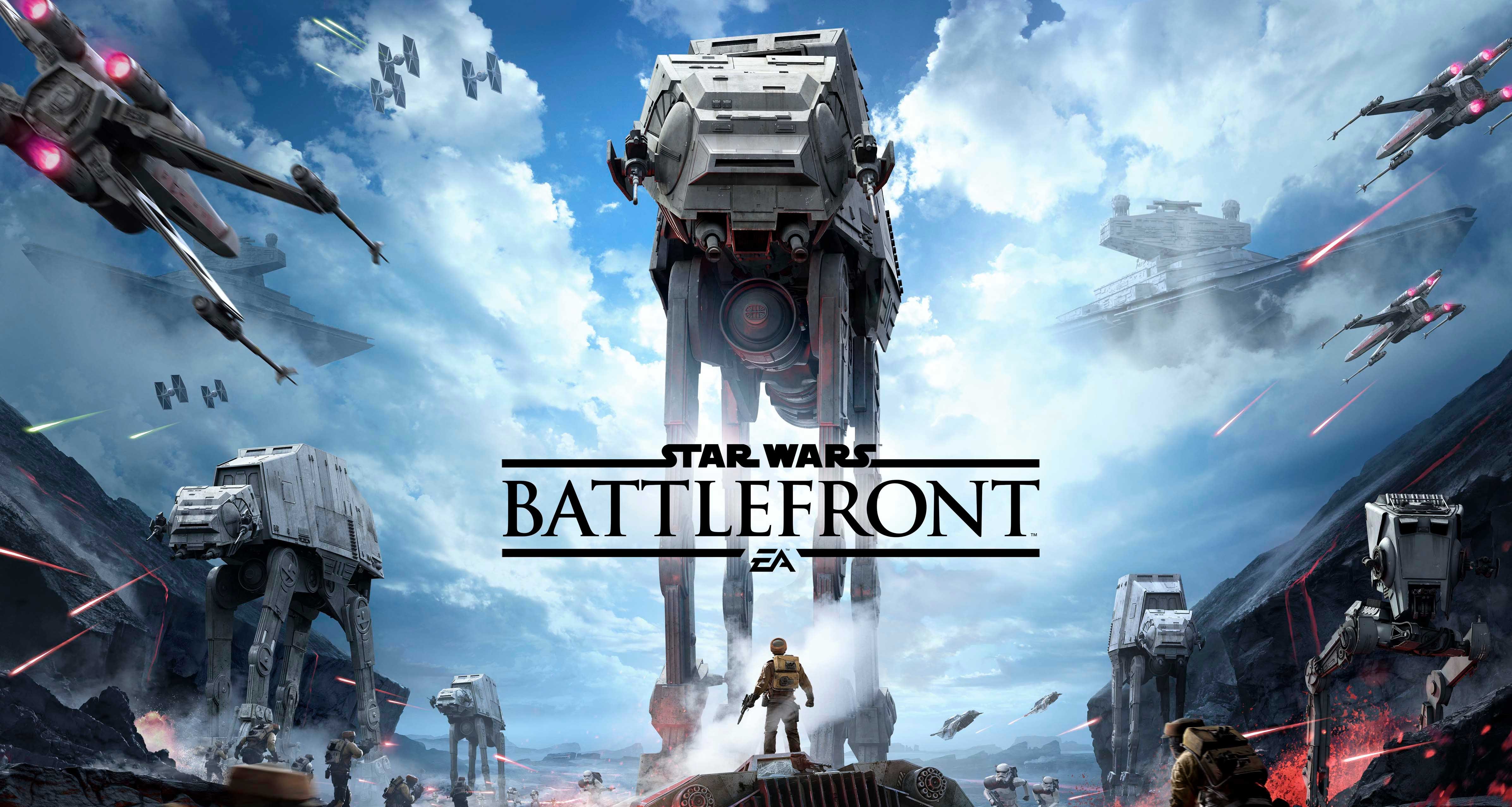 Star Wars Battlefront is an action-packed shooter developed by EA DICE and Criterion Games. It was published by Electronic Arts on November 19, 2015, for Microsoft Windows, PlayStation 4, and Xbox One. Players can pick both a first-person and a third person view in-game. The only time when you can't switch views is when you control one of many powerful hero characters or their personal bodyguards. There are many planets from the original Star Wars trilogy shown in the game such as Hoth, Tatooine, Sullust, Endor, and Bespin. All kinds of air and land-based vehicles are available in-game such as the AT-ST or the speeder bikes. Star Wars Battlefront features many weapons, characters, gear, and abilities, which you can customize to accommodate your playstyle. As you progress through the game you will unlock all kinds of new weapons which you can also share with your teammates. When entering a match you can choose to be an Imperial Stormtrooper or a Rebel Alliance soldier. The hero characters that were mentioned before include iconic characters like Luke Skywalker, Emperor Palpatine, Boba Fett, Darth Vader, Han Solo, Leia Organa, and many more. There is no single-player campaign in this game, but there are all kinds of exciting cooperative missions which can be played offline. Play with other players or play with bots. The online multiplayer mode allows up to 40 players to battle it out in one of 16 legendary multiplayer maps. Buy Star Wars Battlefront today if you're looking for an unforgettable, thrilling, and engaging Star Wars shooter.